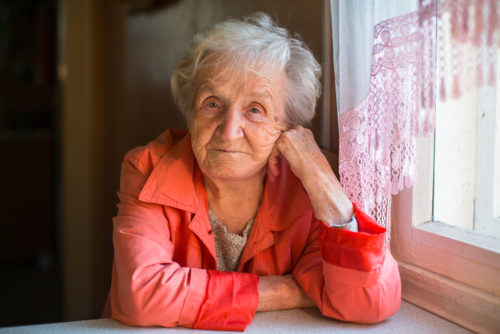 Suddenly, mom’s forgetfulness has turned into full blown dementia-like symptoms. What would cause her personality to change overnight? Could this be because she has a Urinary Tract Infection (abbreviated as UTI)?

Sudden personality and/or behavioral changes and urinary tract infections are conditions that are very common among the elderly. Conclusive evidence hasn’t shown how urinary Tract Infections affect memory. But, there have been reports, like this one ,where doctors have describe a cessation of personality changes after treatment for a UTI.

An explanation describing a cause-and-effect relationship between the two conditions however, according to research literature, is still not clear. The fact remains however, that personality changes and UTIs frequently occur together in the elderly.

How do you get prepared for such a scenario ?

In the tips below discuss possible signs your loved one may have a UTI and what you can do to help so the situation does not escalate.

While symptoms may show up differently in different individuals, in general a combination of the following should alert you that a UTI might be present.

It is also important to note that UTIs are more common in women than in men.

What Kind of Behavioral Changes are Reported to Occur with UTIs ?

While these are just a handful of behavioral/personality changes you might observe, it is safe to say if you notice any drastic changes in your loved one’s personality over the course of a day or two, it is cause for concern. If you belive behavior changes might point toward dementia, you can learn more about signs of dementia in this article.

What You Can Do to Help

Any combination of the symptoms described above should immediately be reported to your loved one’s doctor.

UTI infections are caused by bacteria that need to be treated with antibiotics. Failure to do so immediately can cause the infection to spread and cause sepsis – bacteria that now spreads into the blood and which then becomes difficult to treat.

According to Anita Wafford LVN from Paramount Home Health, patients who experience UTIs often have drastic changes in attitude, cognition, and mobility. Bed sores and UTIs are even harder to detect when caring for someone with memory loss. UTI monitoring pads can help.
https://dependabledaughter.com/product/pixie-smart-pads/

Drastic changes in mood and behavior always warrant a call to your loved one’s doctor. Ms Wafford also recommends, once your doctor has been consulted and approves, that family members encourage food and fluids.

“If they don’t want to drink straight water, you can offer cranberry juice, flavored water, or otter pops – they might laugh at it but works.”

It is also important to encourage movement as much as possible.

Fun Fact : While studies are not conclusive, according to the US National Library of Medicine, cranberry juice is known to be helpful in preventing the occurrence of UTIs. If there is a reason to grab a gallon of cranberry juice, this is it!

The good news is that personality changes that occur concurrently with a UTI are usually reversible if you catch the situation early and seek treatment.

The first step however, is to get help immediately if there is even an inkling of suspicion. When it comes to health matters, there are times when it is better to err on the side of caution.

Do urinary tract infections affect memory and personality? That is still a question that has not been fully answered by medical researchers.

However, there is enough evidence that the two can occur together.

In this post, we uncovered symptoms to look out for in case of a UTI and the type of personality changes that could occur as a result.

If you found this post helpful, please bookmark it or share it with someone who will find it helpful.

next5 Practices of the Best Caregivers